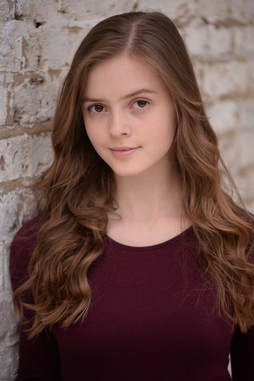 Hailed as “one of Britain's greatest talents” (Hollywood in Vienna 2019), Eleanor Grant is an accomplished singer, double bassist and bass guitarist, holding versatility at the core of her identity. Born into a musical family (her parents Simon Grant and Jacqueline Barron are both professional singers), she was educated at Queenswood School, Herts (music and drama scholar) and is now a full time student at the Royal Academy of Music (double bass scholar). In 2016 she was chosen to play alongside members of the BBC Symphony Orchestra at The Last Night of the Proms (RAH) and has recently worked with the Orion Orchestra and Echo Ensemble. She has played under the baton of prestigious conductors, including Ed Gardner, Sir Mark Elder, Gustavo Dudamel, and Sakari Oramo. Theatre productions (double bass/bass guitar) include Sondheim’s Into the Woods (RADA), and Jason Robert Brown’s The Last Five Years (Minack Theatre 2020).

Alongside her double bass studies, Eleanor is a keen songwriter, influenced by jazz, pop and soul, and is currently working on her own album. As a singer she has recorded for composers such as Rachel Portman, Alan Menken and top record producer, Guy Chambers. She sings on the soundtracks of several films, including Dream House (soloist opening titles), Eurovision Song Contest: The Story of Fire Saga, Cinderella, and Disney’s live-action remake of Aladdin. She made her solo debut with English National Opera (2012) in Jacob Lenz (Hampstead Theatre) and in June 2016 she appeared in Tosca, playing the part of the Shepherd Boy at Chiswick House 'summer sessions' opera series.

In 2018 Eleanor was the vocal soloist in The English Patient LIVE (Avex Classics), film with live orchestra (RPCO) at the Royal Albert Hall and was also the soloist in Titanic Live (La Roche-sur-Yon, France). Eleanor has also performed The English Patient at the Shanghai Oriental Art Centre with the Shanghai Philharmonic Orchestra, as well as at the Philharmonie Luxembourg (Orchestre Philharmonique du Luxembourg). In October 2019 she was invited by Gabriel Yared to be his soprano soloist in the televised gala concert ‘Hollywood in Vienna’, where Yared was presented with the 2019 Max Steiner Film Music Achievement Award. Eleanor recently made her solo debut with the BBC Concert orchestra, singing The Way of Light by Nigel Hess, available on iTunes, Apple Music and multiple streaming platforms: orchid-music.lnk.to/nigelhess

Eleanor is also an experienced actress. She held a drama scholarship at her school where she has appeared in a number of plays. She has worked at Shakespeare's Globe Theatre (Henry VIII) and on television (BBC TV's Chucklevision). She stars in the film Nativity! 2 released in cinemas in November 2012, working alongside Jason Watkins, Marc Wootton, Jessica Hynes and David Tennant. Recent films include "It's Grammar Time!" (2017), an educational film to help students all over Europe learn English.

Eleanor Grant performed Gabriel Yared's music at the Weiner Konzerthaus in Vienna as part of the 'Hollywood in Vienna' film music gala. You can watch her performance of the 'Lullaby for Cain' from The Talented Mr Ripley by clicking on the image below. 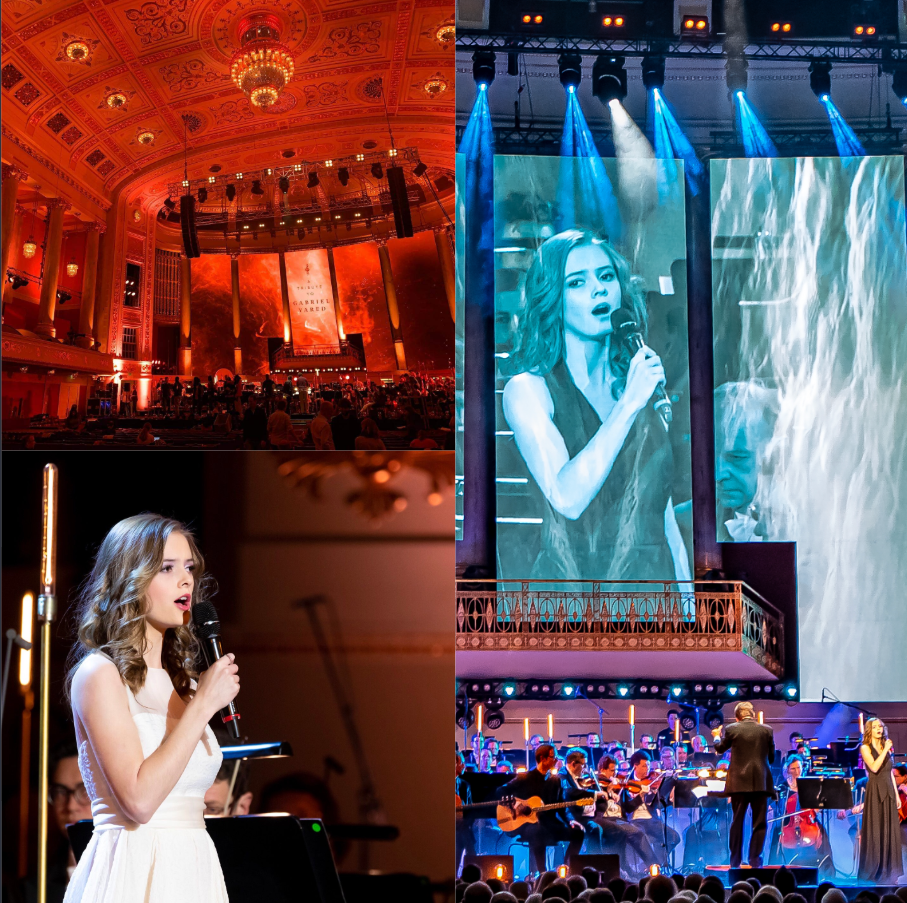 "In Your Arms" as part of "Louisa: An Amazing Adventure"

"In Your Arms" was written by composer Michael McDermott, and will be the title track to the film "Louisa: An Amazing Adventure" . The beautiful animated film is soon to be released by Great British Entertainment, an independent British film company. To find out more about the film, click here.

Buy Eleanor's single In Your Arms on: 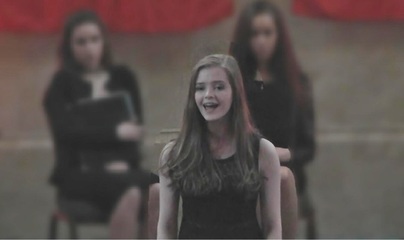